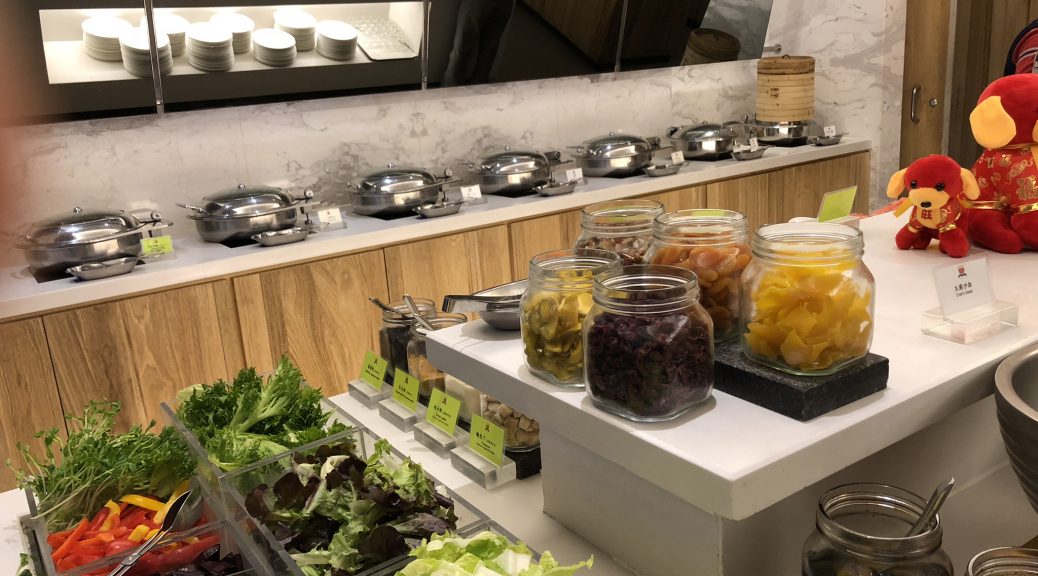 Both hotels in Kaohsiung and Taipei provided free daily breakfast buffet. Our expectation was a continental breakfast similar to Holiday Inn Express or Hilton Garden Inn. Boy, we ate and ate, often ended up not having lunch; instead we had an afternoon snack, followed by early dinner and a walk after.

Our breakfast buffet in Kaohsiung (Chateau de Chine) would probably cost $30CAD back home.  There were so many food counters (Western, Chinese, Japanese): one for rice, congee, soup; one for salads, one for bread and pastries, one for soba and udon, one for omelette, cereals, and yogurt, one for hot dishes (vegetables, noodles, fish, beef/pork, steam buns, bacon/sausage/ham, chicken), one for fruits, hot and cold beverages. And lots of different condiments.

And the service was impeccable: friendly, polite, thoughtful, efficient. They cleared the empty plate, cup, or glass right away after we were done each time—almost scary how quick they were.

And then we had a mini version in Taipei (Hotel 73). Fewer number of dishes since it was a smaller hotel, but still as impressive.

Considering our stay was during the Chinese New Year season  (which was high season), the hotel rates ($150 CAD average including taxes) were very reasonable for what we received.